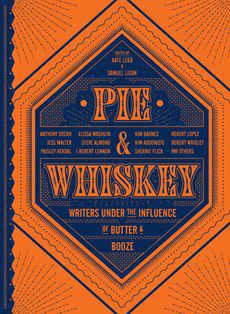 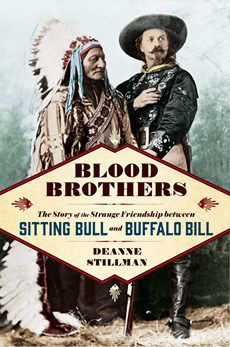 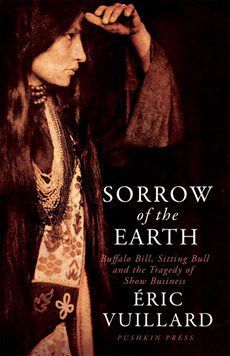 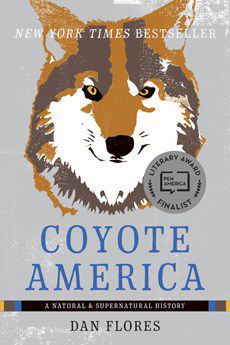 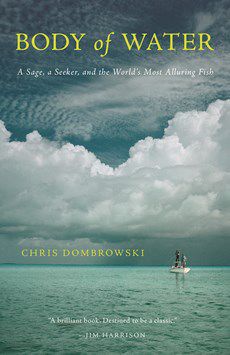 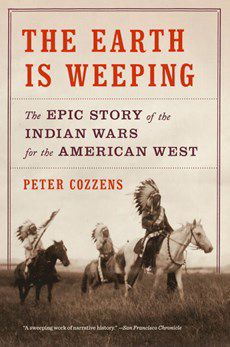 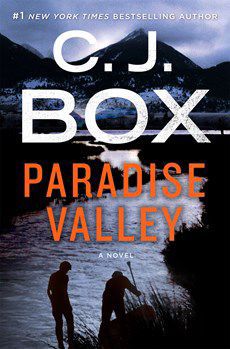 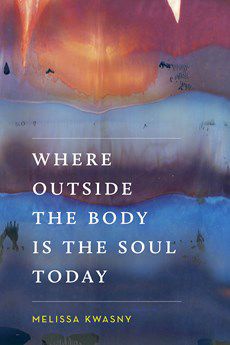 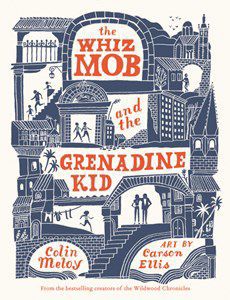 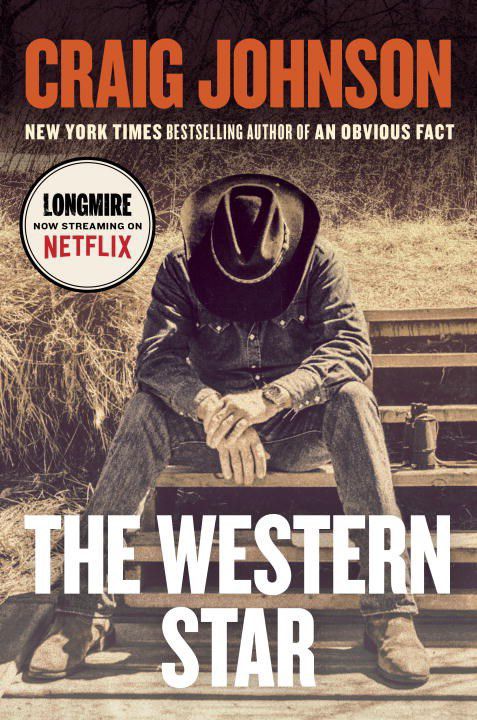 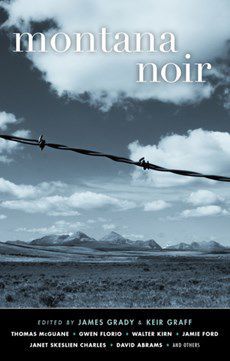 Reading never goes out of season!

This list gives a fall roundup of titles sure to please a wide variety of readers.

Fiction and mystery lovers have much to celebrate, with new books by C J Box, Craig Johnson and Jamie Ford:

For three years (and two other books, The Highway and Badlands), Investigator Cassie Dewell has been on a hunt for a serial killer known as The Lizard King. Working for the Bakken County, North Dakota, sheriff’s department, Cassie has set what she believes is the perfect trap and she has lured him and his truck to a depot. Standing by, ready to close the net, are half a dozen undercover officers. But the plan goes horribly wrong, and the blame falls to Cassie. Disgraced, she loses her job, and an investigation into her role is put into motion. At the same time, Kyle Westergaard has disappeared and his grandmother asks Cassie to find him. She agrees — all the while planning a new trap for The Lizard King.

With these three books, Box gives us another detective to eagerly follow, or let’s hope there is more to come with Cassie Dewell.

Sheriff Walt Longmire is shown an old photograph of twenty-five armed men standing in front of a Challenger steam locomotive known as the Western Star. It takes him back to when, as a deputy, Walt accompanied his mentor Lucian to the annual Wyoming Sheriff’s Association junket held on the excursion train.

The photograph — along with an upcoming parole hearing for one of the most dangerous men Walt has encountered in a lifetime of law enforcement — hurtles the sheriff into a head-on collision of past and present, placing him and everyone he cares about squarely on the tracks of runaway revenge.

Johnson masterly blends the past and the present in the latest Longmire mystery — then leaves us waiting for the future and the next adventure.

Love and Other Consolation Prizes by Jamie Ford (September)

Jamie Ford’s new novel is based on the true story of a young boy who was offered as a prize in the daily raffle at the 1909 Seattle World’s Fair. Ernest found his way to America on a ship carrying poor Chinese and Japanese children to a better life, the last desperate act of many poor mothers.  As a charity student at a boarding school, he has never really had a place to call home until his wealthy sponsor advertises a “Healthy boy to a good home for the winning ticket holder.” The woman who “wins” him is the madam of a notorious brothel who was famous for educating her girls. He becomes a houseboy in her brothel and is befriended by the daughter of the madam, as well as a Japanese girl who works in the kitchen. The friendship and love between these three form the first real family Ernest has ever known.

The novel weaves the history of both the 1909 and 1962 Seattle World’s Fairs to reconstruct the lives of Ernest, Maisie and Fahn, full of heartbreak, friendship, grief and love.

Two new anthologies with ties to The Montana Book Festival include:

Pie & Whiskey, the book, is a literary collection of readings presented over the past six years in Spokane, Washington, and Missoula, Montana, at Pie & Whiskey, the event run by Kate Lebo and Samuel Ligon. Writers like Jess Walter, J. Robert Lennon, Kim Barnes, and M.L. Smoker were invited to generate new work based on prompts that involve pie or whiskey or both. Lebo and Ligon figured that good writing served with a slice of pie and a shot of whiskey would create an energized atmosphere uncommon at literary events. The book includes a smattering of pie recipes and whiskey-centric cocktails.

Two books about the Wild West Shows of the 1880’s give different viewpoints and may have several of you re-reading The Heartsong of Charging Elk by James Welch:

Blood Brothers: The Story of the Strange Friendship between Sitting Bull and Buffalo Bill by Deanne Stillman (October)

The story of the unlikely friendship of two famous figures of the American West — Buffalo Bill Cody and Sitting Bull — told through their time in Cody’s Wild West show in the 1880s.

Deanne Stillman unearths little-told details about the two men and their tumultuous times. Their alliance was eased by none other than Annie Oakley. When Sitting Bull joined the Wild West, the event spawned one of the earliest advertising slogans: “Foes in ’76, Friends in ’85” — the first date referring to the Little Big Horn battle. Cody paid his performers well, and he treated the Indians no differently from white performers. During this time, the Native American rights movement began to flourish. But with their way of life in tatters, the Lakota and others availed themselves of the chance to perform in the Wild West show. When Cody died in 1917, a large contingent of Native Americans attended his public funeral.

Buffalo Bill was the prince of show business. His spectacular Wild West shows were performed to packed houses across the world, holding audiences spellbound with their grand re-enactments of tales from the American frontier. For Bill gave the crowds something they’d never seen before: real-life Indians.

Told with beauty, compassion and anger, Sorrow of the Earth shows us tragedy turned into a circus act, history into sham, truth into a spectacle more powerful than reality itself.  French author and film director Eric Vuillard presents a thought-provoking look at the American practice of portraying the genocide of Native Americans as entertainment.

Three popular books coming in paperback in September include:

Coyote America: A Natural and Supernatural History by Dan Flores

In the face of centuries of campaigns of annihilation, coyotes didn't just survive, they thrived, expanding across the continent from Alaska to New York. In the war between humans and coyotes, coyotes have won. Coyote stories, cartoons and science combine in an educating way to capture the incredible story of the coyote.

Body of Water: A Sage, a Seeker, and the World’s Most Elusive Fish by Chris Dombrowski

Chris Dombrowski received an email: "Can’t go, it’s all paid for, just book a flight to Miami." Thus began a journey that would lead to the Bahamas and to David Pinder, a legendary bonefishing guide. Bonefish are prized for their elusiveness and their tenacity. By the time Dombrowski meets Pinder, however, he has been abandoned by the industry he helped build, watching as the world of his beloved bonefish is degraded by tourists he himself did so much to attract. But as Pinder’s stories unfold, Dombrowski discovers a profound integrity and wisdom in his life.

The Earth is Weeping: The Epic Story of the Indian Wars for the American West by Peter Cozzens

Cozznes tells how the West was won — and lost — giving us both sides in comprehensive detail of the wars and negotiations that destroyed tribal ways of life even as they made possible the emergence of the modern United States. As the history moves from Kansas and Nebraska to the Southwestern desert to the Dakotas and the Pacific Northwest, we learn about Custer, Sherman, Grant and a host of other military and political figures, as well as great Native leaders such as Crazy Horse, Sitting Bull, Geronimo and Red Cloud.

Where Outside the Body Is the Soul Today Melissa Kwasny (October)

Where Outside the Body Is the Soul Today comprises two interwoven series of poems — one of prose poems called “Another Letter to the Soul” and one of individual lined poems. The poems in “Another Letter to the Soul” point inward, addressing the human soul directly, while the individual lined poems search outward, sensing the soul in the plants, animals, rocks, waters and winds that surround us.

Melissa Kwasny does not define the soul in traditional religious terms, but in a shamanic, ecological sense, as the part of being that continues its existence after death.

It is an ordinary Tuesday morning in April when bored, lonely Charlie Fisher witnesses something incredible. Right before his eyes, in a busy square in Marseille, a group of pickpockets pulls off an amazing robbery.

This is the most thrilling thing that’s happened to him since he came to France with his father, an American diplomat. So instead of reporting the thieves, Charlie defends one to the police, under one condition: he teach Charlie the tricks of the trade. What starts off as a lesson on pinches, kicks, and chumps soon turns into an invitation for Charlie to join the secret world of the whiz mob, a band of child thieves who trained at the mysterious School of Seven Bells.

A totally original, humorous and fast-paced middle grade novel about a band of child pickpockets has a secret society, a dangerous game, a mythical School. What could go wrong?